He was like one of those automatons which danced around intricate clocks in stately homes; silver, delicate and precise. His movements were quick and perfect and he crossed the stage in leaps and turns of weightless grace. It was as though he possessed a kind of magic within him
that she had never known in anyone before.
- from a work-in-progress novel 'The Girl With The Sky Umbrella'


I think that many Cats fans tend to find that, sometimes, a very special performer will come along and they will play your favourite character and they will bring things to it you never imagined and they will bring that character to life in a way that fixes its hooks into you and just sits there, in your heart, forever. There's just an alchemy of talent and personality and for different people that balance is slightly different but for you...you just know. Joel Morris as Carbucketty did that, for me, and his performances will stay in my heart forever - to put it simply, he will always be My Carbucketty. But when I sat down in my seat at the Wolverhampton Grand for my first time seeing the new 2013 tour cast of Cats, I definitely wasn't imagining that that was even possible. You see, when went to see the show that night, I NEVER imagined I was going to get attached to any of the cast - and I don't mean that disrespectfully to them, I just mean that, given how close I had felt to the 2006 cast and how much I had struggled with the cast changes they went through in 2007 onwards, I just assumed I was going to have an inherent bias that was just unavoidable. And, if I'm being 100% honest? I was probably the least optimistic about Joel! Not because of anything Joel had done, but because Carbucketty being my favourite character is a lot of pressure, and, on top of that, Carbucketty wasn't always my out-and-out favourite, he only really began to win me over during the 'wilderness years' - the time between me seeing it in the West End when I was younger and me seeing it live again on tour, when I was watching the video over and over and noticing all the characters in new ways. Carbucketty - or Pouncival as the video labelled him - became more and more interesting to me, because I loved his mischief and - shallow as it may seem - I adored his make-up! The more interested in the show I became, the more the supposed 'smaller' parts became the ones I saw as crucial to the show as I realised just how much work and character and magic performers put into those roles, how vital they were to the show, and Carbucketty - as Matthew Caputo once so aptly put it - "IS the Jellicle Ball", he's one of those characters that people don't realise but, actually, the show would be hugely different without him. When I saw the show on tour in 2003, I was disappointed and so I didn't concentrate enough to grow attached to Carbucketty, despite him being my favourite character. And so it wasn't until the 2006 tour he nosed ahead of ALL other characters for good. Kevin McGuire stole my heart in that role and he was the one whose performance really built Carbucketty up for me and made me realise even more than before just how talented a dancer you had to be to play the part. So that meant that, when I was looking at a new cast list in 2013, instinctively I was just thinking Joel Morris was 'up against' the person who MADE the role for me and that it was impossible. Yeah...turns out I was very, very, VERY wrong; I'd never encountered Joel Morris before, and boy was he about to teach me a lesson for doubting him!! Although, it may surprise you to learn, the feeling wasn't immediate. I think that first night there was too much to take in with it being a whole new cast, so I didn't absorb Joel's performance as well as I should have done, but by the next night I was definitely paying attention and starting to discover that this Joel Morris was a lethal combination: adorable AND an I N C R E D I B L E dancer the like of which I simply don't think I have ever seen before. 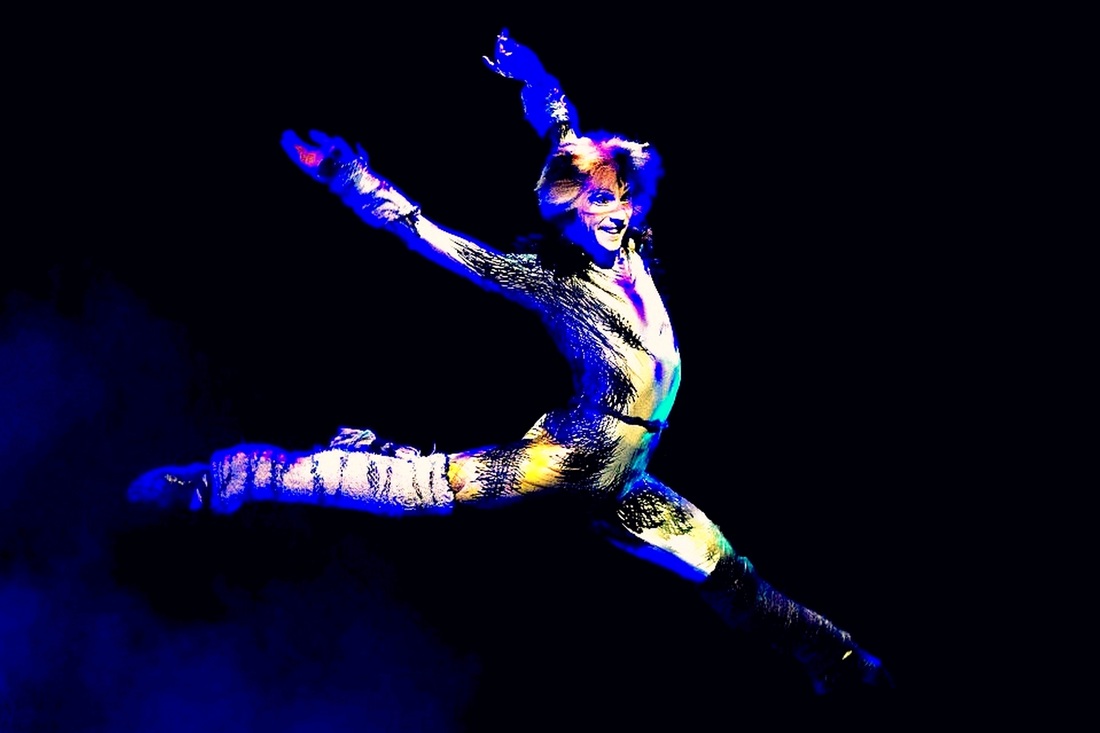 I’ve always found that the most beautiful people, truly beautiful inside and out, are the ones who are quietly unaware of their effect.
-  Jennifer L. Armentrout

So there you have it: Joel Morris...someone so special and dear to me and someone who I will forever think of as 'My Carbucketty'. he is the living, breathing, beautifully dancing proof that you should never say never! Believe it or not, I've not even covered all the sweet moments I've shared with him - none of his Nottingham confusion at where in the country he even was, none of his jokey-moaning about the show or London, not even mention of how kind to me he has always been whenever I'd made the effort to go and visit him, even the time when I couldn't stop to actually watch the show, I think what I have told you is probably more than enough for you to realise just how special Joel is to me, as a person and as a performer. You know, when someone brings one of your favourite characters to life, there is no way of thanking them for that. There is no way of letting them really, truly know that they have touched your life in this powerful way. Other than hugging them and telling them over and over 'That was amazing', of course. Cats has meant a lot to me for a long, long time, it's a show that is embedded in me and the emotions I feel watching it are so powerful, and then Joel just came along and he made that amazing thing even more amazing and there aren't words for that. Being able to be that person out there cheering for him has been an honour, being that person at the stage door waiting for him and giving him that attention...it's something I'm so happy to do. He's so sweet, and yes, like all people who play Carbucketty, he's just a bundle of adorable. But he's also probably one of the most talented people I've seen play that part and his portrayal of Carbucketty will stay with me forever. He should also win all the best smile awards going because when he smiles - especially as CB - it makes me want to smile too. I love that he loved Carbucketty having a fan and Iove that he danced that way and I just love that, even if I only got to see him play that part for a handful of shows, I will have that experience forever. Every dancer out there should know that what they're doing matters, and honestly...what Joel did as Carbucketty? Matters a hell of a lot to me, and I have to thank him from the bottom of my heart for doing what the theatre does best and passing those magic moments along. He's a sweetheart and a fantastic and talented human being, and I will be grateful to him forever and he will always have a special place in my heart.