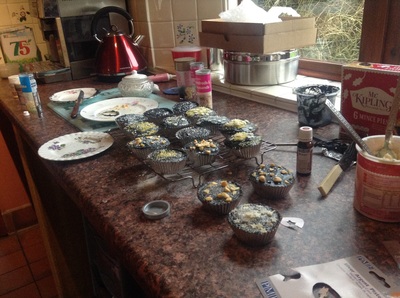 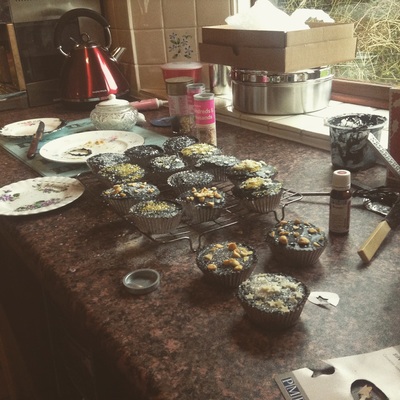 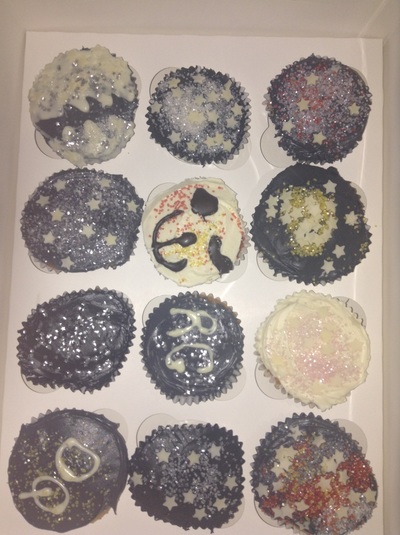 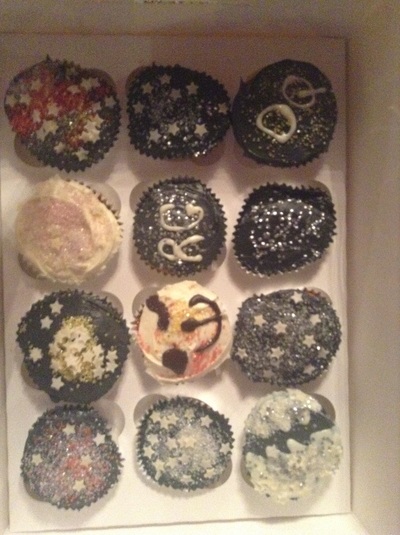 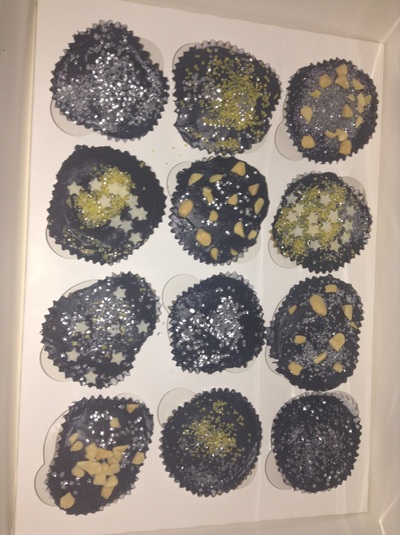 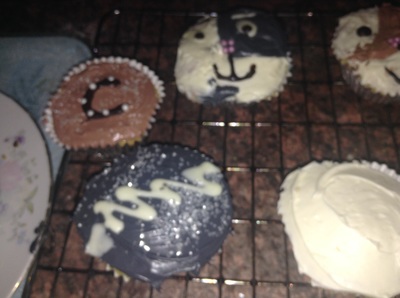 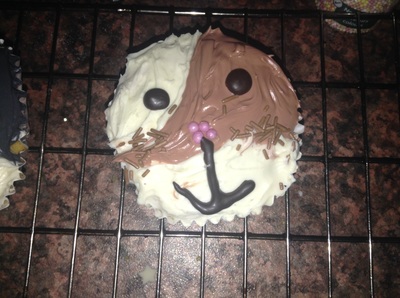 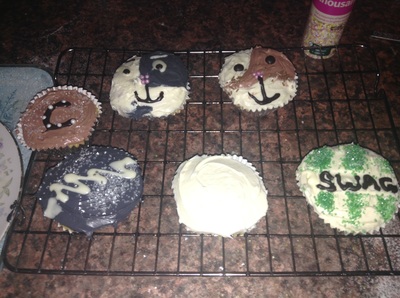 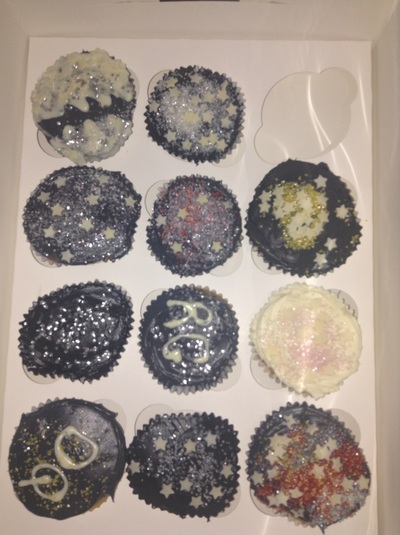 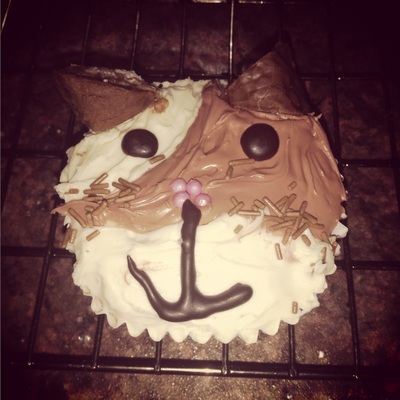 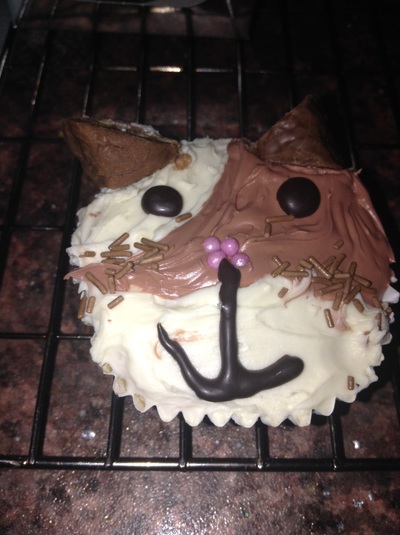 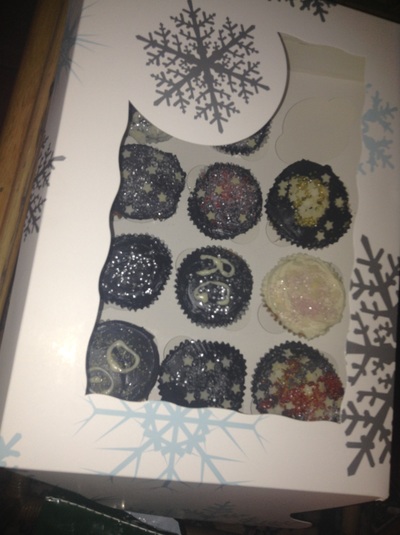 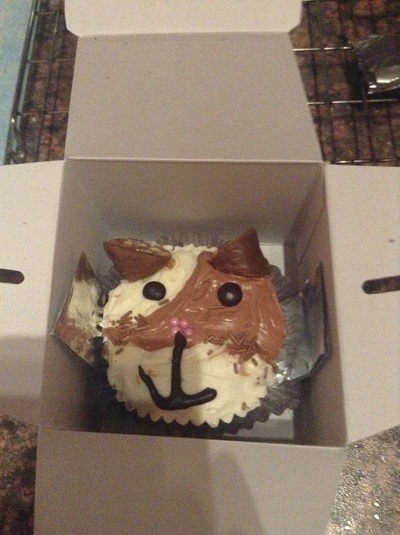 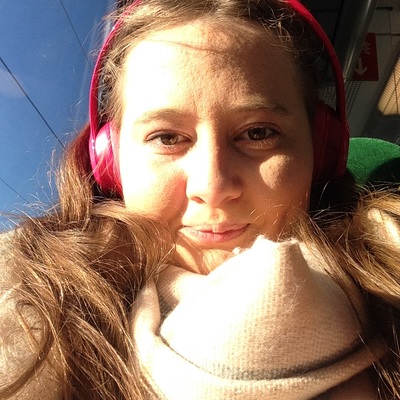 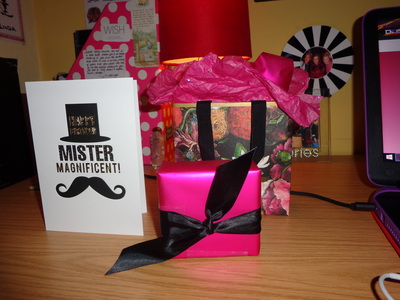 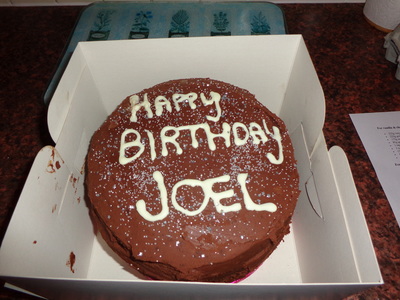 The cupcakes trip had gone so well and been so surprisingly enjoyable to me (despite the lack of seeing the show itself!) that I ended up making another similar journey in January, this time specifically to see joel so I could give him a present and a cake I'd baked for his birthday. Joseph Poulton (Mistoffelees) was actually the first person I saw that day and he was surprised to see me, so I told him I was there to give Joel a present and he asked if Joel knew I was coming - however it turned out that Joel, again, hadn't believed me when I'd said I was coming all the way down to London just for his birthday! Shortly after Jospeh had gone into the theatre, Joel himself put in an appearance and was so surprised once again to see me - after a quick chat he said he would just go in for his appointment with the show physio and he asked if I could wait so he could come back after and talk to me properly and maybe go and get a coffee together. This time I had allowed a little more leeway with my train booking so I was very happy to be able to say yes to the invite and when Joel came back about twenty minutes later he told me again how surprised he was to see me and thanked me again for coming - he asked me if he was the oldest kitten ever, and told me he felt like the oldest kitten ever, before we headed off for drinks and a very lovely chat about both our lives and of course the show and for the first time it occurred to me that Joel was so very much more dear to me than just a person who had been in my favourite show. I don't know if you can call it friends, but you can't just call it being a fan of him either; it's a tricky thing to describe without sounding either weirdly cold towards him or far too attached so I don't know how to explain it, but I feel these two trips I made despite one having a show to attend were definitely the time when the way I saw him shifted this way, and it is something I only mention because it somewhat explains how, after the Palladium run had ended and Joel had supposedly "retired" once again from the show I ended up flying off to Belgium just to see him play Carbucketty again! But, I digress - that is a different story from a different adventure entirely - though when it comes to this small non-show-attending adventure there is little more to say. I gave Joel his presents and his cake, which he again showed off to the stage door keeper and promised to share with his castmates before hugging me goodbye as I left for Euston show-less but content once again.
Return To My Adventures