I have such fond memories of this trip after spending so much of it just laughing at the most silly, random things. We stayed at a Travelodge that was positioned on the main walking route to the theatre and joked about spotting cast members...until they actually started appearing there for real! I nearly yelled things out of windows, we accidentally stalked Dean Maynard, Alex Durrant read out minds and then, to top off the perfect afternoon, we were ushered into the stage door by our two favourite Jellicles for a proper chat. This was a stage door that really stuck in my memory. 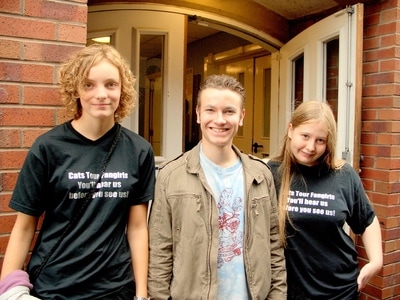 "Oh my God, that's Alex Durrant!" - spotted from windows, across streets and, occassionally, outside stage doors, this phrase never left our heads after Sunderland. 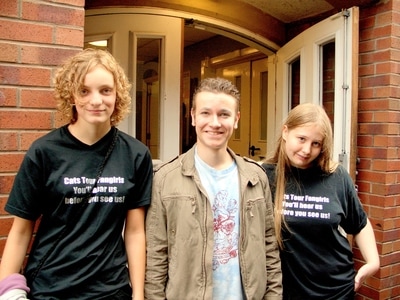 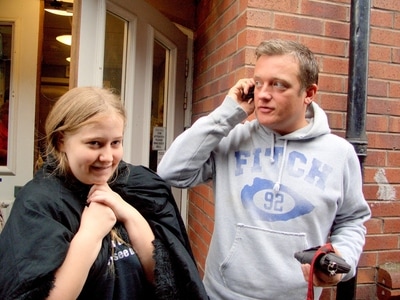 Christopher Howell - a man with a heavenly voice, a heart of gold and an ability to multi-task! 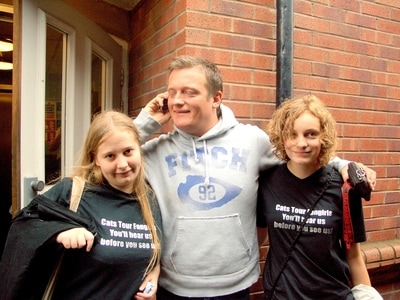 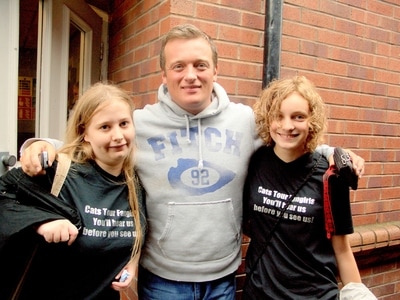 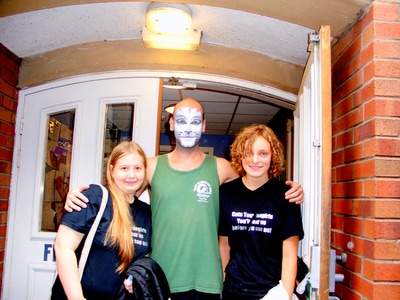 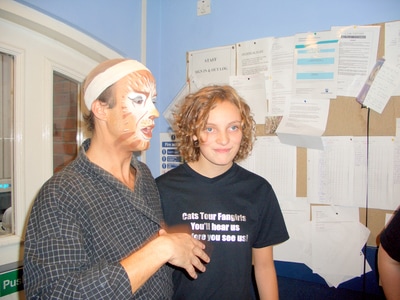 A familiar scene in our time at stage doors throughout the 2006 tour. 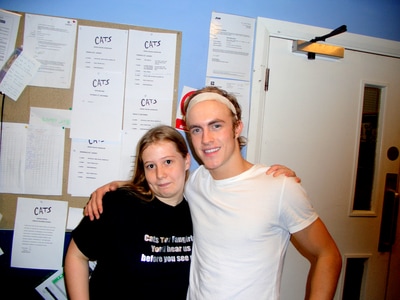 Kevin, insisting he looked awful. Me, doubting it greatly! 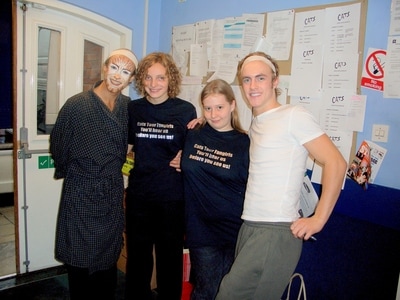